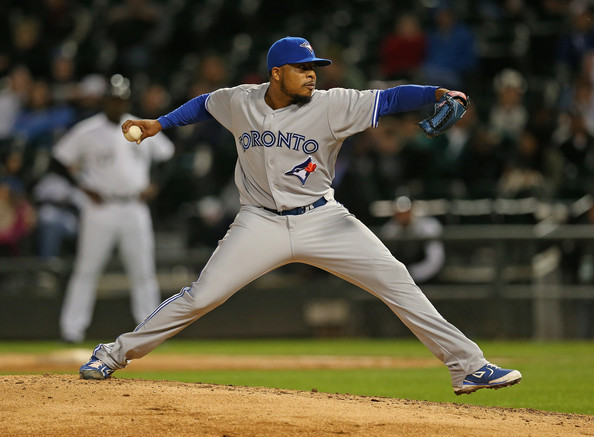 In the sequel to the pre-All-Star break roster shuffle, the Milwaukee Brewers today announced that they have made a move in an attempt to bolster the big league bullpen.

The move required both a 25-man roster spot as well as a 40-man roster spot. To facilitate those moves, RHP Rob Wooten was optioned to Triple-A Nashville (25-man) and rehabbing right-hander Jim Henderson was placed on the 60-day disabled list (40-man).

All this was done so that the Brewers could select the contract of RHP Jeremy Jeffress.

Jeffress was made headlines more than once in Milwaukee. He was a part of the package of prospects sent to the Kansas City Royals in exchange for Zack Greinke. Earlier this season, he chose to re-sign with the Brewers organization after being designated for assignment by the Toronto Blue Jays and electing free agency after clearing waivers. He also was almost out of baseball completely during his first turn in Milwaukee’s system as he was suspended more than once for marijuana use. By multiple accounts, he’s clear of that recreational drug use though, but is now back on a 40-man roster anyway.

Much more importantly than his off-the-field history is his on-the-field production so far in 2014. In other words, there’s a much better reason that he was added to the 40-man roster this time around.

While pitching for Nashville this season, the former first-round draft pick of the Brewers (16th overall in 2006) has posted the following line:

That’s good for a 9.7 K/9 and a 2.50 K/BB, but it’s also worth noting that he’s been even better recently. Jeffress hasn’t given up a run since June 23rd, a span of nine appearances. He’s only given up two runs in his last 15 games and just three total in his last 24 trips to the mound.

Jeffress has always brought the gas on his fastball, but it will be his ability to command his breaking ball that will translate to big league success. He’s shown the other sought-after ability to miss bats at multiple levels as well, something which would serve him and his new team very well moving forward for the balance of 2014.

As for the others involved, Wooten hasn’t been bad and will likely be back up in September if not sooner. In fact, by effectiveness, Brandon Kintzler may have been a better candidate to go down, but Wooten’s option year is already burned and that likely played a part in the decision.

For Jim Henderson, this must be seen as a referendum on where he’s at physically. Recent reports show him lagging behind the needed 97 MPH on his fastball. I haven’t seen any recent accounts of his slider command nor how his “work-in-progress” change up have fared since he got back on the mound, but without the heat I’m not sure the other pitches matter a lot. The timing doesn’t make much difference on his being moved to the 60-day DL though (he’s already spent more than 60 days on the DL having been placed on it on May 2nd), so maybe everything is progressing fine, but you normally wouldn’t make the move with a guy set to return any time soon.

Time will tell, I suppose.