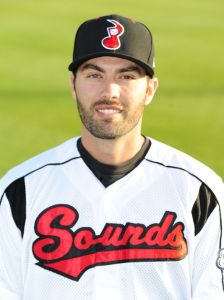 The Milwaukee Brewers have made what is at least their first round of September call-ups prior to Monday’s game in Chicago.

As I first told you on Twitter just before 10pm on Sunday night:

Hearing from a trusted source that @MattPagnozzi will be among those called up. Needs to be added to be 40-man if that’s the case. #Brewers

I went on to mention how much sense it makes to have a third catcher in the month of September. Just think back to how the Brewers utilized Yorvit Torrealba, and you’ll get the idea.

In order to clear a 40-man roster spot, which I mentioned they’d need, the Brewers moved infielder Jeff Bianchi to the 60-day Disabled List.

The only other true September call-up at this point is outfielder Logan Schafer, likely recalled a day earlier than he would have been due to the uncertainty surrounding the injured wrist of Carlos Gomez. Gomez said he felt a pop in his left wrist while swinging during an at-bat in the top of the third inning on Sunday afternoon in San Francisco. He was pulled from the game after awkwardly finishing his at-bat with a bad swing.

To Schafer’s part, he’s had a whole lot full of better looking swings since getting back in a groove due to his regular playing time with Nashville. When he was demoted following the acquisition of Gerardo Parra, Schafer went back to a .236/.349/.375 slash line in Triple-A. All he’s done is get hits in 19 out of his 23 games (including eight multi-hit affairs) and raised his slash line to .273/.356/.461 which is not an insignificant increase. Schafer still brings his glove with him which he might need early.

As for the other additions made official on Monday, while Jimmy Nelson is technically a September call-up (he was only officially with the Brevard County Manatees on paper while awaiting his scheduled MLB start Monday afternoon), the Brewers otherwise activated both Matt Garza and Wei-Chung Wang off of the 15-day Disabled List.

Garza is scheduled to rejoin the Brewers starting rotation on Wednesday in Chicago. He has been out since being pulled during a brilliant start against the St. Louis Cardinals back  on August 3rd after straining his left oblique. The Cardinals came back to steal that one from the Brewers prompting Garza to say that they “dodged a bullet.” Hopefully it doesn’t take Garza long to round back into that same form. The Brewers are going to need him.

The Brewers probably won’t need much from Wei-Chung Wang though. Wang has been stretching out during his rehab assignment, most recently completing the longest outing (7.2 IP) of his professional career with the Brevard County Manatees. In it, he tied a career-high with eight strikeouts, something he hadn’t done since his first appearance in 2013 in the Pirates’ system. It will be good experience for Wang to be around a pennant push, though I wouldn’t expect him to pitch maybe at all in September. They’ve got more than enough arms to cover themselves and Ron Roenicke rightfully won’t exactly trust Wang with every pitch being so crucial over the next 28 days.

The other new face in the Brewer locker room on Monday is expected to be relief pitcher Jonathan Broxton whom the Brewers officially acquired from the Cincinnati Reds just after noon on Sunday. For more on that deal, check my write-up here as well as my short interview with Broxton’s agent.

Just in case you missed the announcements when they officially came out this afternoon, the following roster moves took place today…

RHP Livan Hernandez and C Yorvit Torrealba have refused outright assignments to Triple-A Nashville (which is their right with their respective statuses as MLB veterans) and elected free agency.

With these three moves, the Brewers’ 40-man roster stands at 37. Remember too that Mat Gamel and Chris Narveson will need to be reinstated from the 60-day disabled list at some point. Also, should the club decide to exercise its option on Alex Gonzalez he too would need one if those currently open spots.