Opening Day is here for the minor leagues!

What follows are the announced rosters for each of the full-season minor-league affiliates for the Milwaukee Brewers, broken down by position group.

As February draws ever closer, we’re almost inside of 60 days until Opening Day. Before we can pass that milestone, however, we have to reach it and profile the guy wearing the matching jersey number.

Like Brooks Hall and Jason Rogers (and Hunter Morris, but his profile comes in March), today’s profile subject was added to the 40-man roster for the first time this off-season as protection from the Rule V Draft in early December.

He’s a 6’5″ right-handed pitcher out of Marshall University who was drafted in the 21st round of the 2010 First-Year Player Draft. His name is… 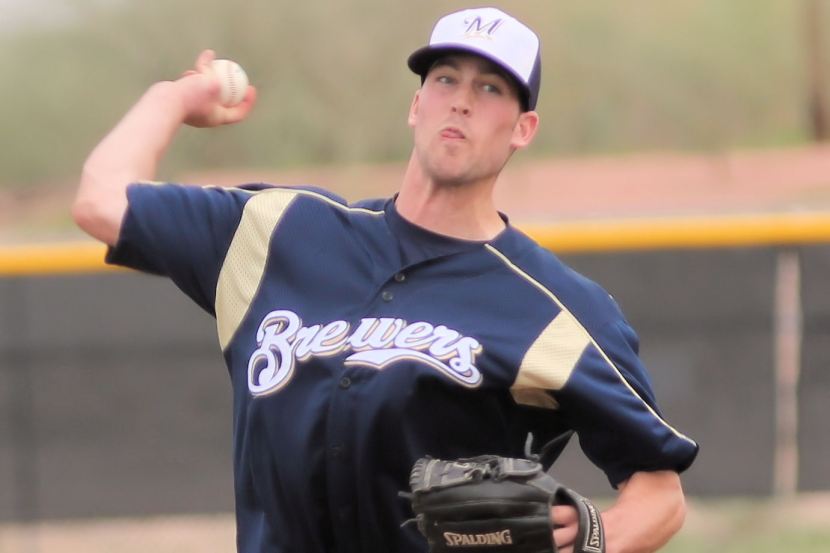 Shackelford split time starting and relieving in his first two professional seasons which were spent with the  Arizona Rookie League and Helena Brewers respectively. As he matured in his approach his numbers began to improve as he transitioned to mostly a bullpen role with Class-A Wisconsin. After a full 2012 season as a Timber Rattler, Shackelford was moved up to Class-A Advanced to start last year.

As things continued to come together, Shackelford was given the opportunity to relieve full-time. In 32.0 innings across 24 appearances he posted a 5.06 ERA with a 1.344 WHIP, 6.5 K/9 rate, and only four walks. He showed enough poise and control to be awarded with an opportunity farther up the ladder.

That promotion came in late June. Afterward, Shackelford hit the ground running in Class-AA Huntsville. In just over two months with the Stars, Shackelford tossed 29.1 innings in 20 games, 12 of which he finished. In six of those 12, he recorded the Save. With Huntsville, Shackelford posted a 0.92 ERA by only allowing three earned runs. He struck out 25 and walked seven, which contributed to his 1.023 WHIP.

Shackelford turns 25 years old shortly after Opening Day this year, for what it’s worth. After all, as we’ve learned over the years, age isn’t everything when it comes to relief pitchers. However, the younger you are when you’re ready to contribute the longer you can pitch. Shackelford has a true opportunity to be a useful piece in Milwaukee’s bullpen.

That certainly won’t happen to begin 2014. If I had to put money on it, I’d guess Shackelford repeats Huntsville to start the season and then moves up to Class-AAA Nashville after a couple of months. That’s not based on expectations or hopes, but rather this organization’s propensity for moving minor leaguers along relatively slowly.

Still, Shackelford could surprise. Both his SIERA and FIP have gotten improved each time he’s moved up the organizational ladder. Those stats were 3.00 and 2.55 respectively with Huntsville. It was certainly enough to give the Brewers front office cause to get Shackelford on the 40-man roster.

Give his 2014 season some of your attention and we’ll see where things sit come Spring Training in 2015.

Earlier today, the Brewers finally announced the jersey numbers that the players coming to big league camp will be wearing whilst at Maryvale.

The majority of the players who saw time at the MLB level in 2013 have not changed numbers, though two did. One coach gave up his number for a player. And of course the newest acquisitions and non-roster invitees all need number assignments as well.

Here are all the changes. (Keep in mind that my uniform number repository only counts players wearing a specific number while on the big league roster. I’ll update those pages after camp breaks.)

BREWERS ON DECK, PRESENTED BY TIME WARNER CABLE, TO INCLUDE OVER 50 PLAYERS, COACHES, BROADCASTERS & ALUMNI

Free Admission to All Fans in 2014; Food Donations Accepted through Hunger Task Force

Nearly thirty Milwaukee Brewers players plus a host of alumni, coaches, front office executives and broadcasters are scheduled to participate in Brewers On Deck, presented by Time Warner Cable, which is set to take place on Sunday, January 26 from 10 a.m. – 5 p.m. at the Wisconsin Center.

Admission to this year’s Brewers On Deck is free of charge.  Tickets are not required for the event.  Food donations will be accepted through the Hunger Task Force (peanut butter is requested by the Hunger Task Force, in particular).  Donations can be dropped off at two main entrances to the Wisconsin Center, located at 4th Street and Wisconsin Avenue, and 4th Street and Wells Street.  Players, coaches and alumni scheduled to attend include (all subject to change):

Brewers On Deck will feature a number of activities for the entire family.  Autographs and photos from Brewers players, coaches and alumni; interactive games in the Kids Area; Q&A sessions and game shows with Brewers players, coaches and broadcasters; vendor booths with baseball memorabilia; Brewers Community Foundation’s Treasure Hunt and many other activities will all be a part of Brewers On Deck.

Details regarding autographs include the following:  Recipients of “PREMIER” autographs (players to be announced next week) will be chosen through a random selection process. Each fan in attendance will receive one Premier Entry sheet which may be redeemed at the Random Selection area outside the Main Exhibit Hall of the Wisconsin Center District.  The Premier Entry sheet will be exchanged for a numbered coupon to be entered into the random selection process for any one of the select Brewers players.  Coupon distribution will be available at 8 a.m. the day of the event and will continue up to an hour before each designated autograph session.   There is no cost for coupons to enter the random selection process; however, those holding winning coupons must pay $10 at the respective autograph stage to collect their player signature.  There will be 250 winners for each of the autograph sessions.  The winning ticket numbers will be posted at the designated autograph stage no less than 30 minutes prior to each player’s session.

Players and staff not included in the PREMIER autograph list will not use the random selection process. Each of these players will sign 250 autographs at prices ranging from free to $10. A schedule of players, their session times, and distribution info will be posted next week.  The autograph opportunities are for signatures on photo cards provided by the team; the Brewers cannot guarantee that any player will sign other memorabilia.  For additional information, visit Brewers.com/ondeck.

Fans also have the opportunity to enter to win autographs from their favorite players via a #BrewersOnDeck Vine & Instagram contest, which runs through Monday, January 20. The details can be found here: http://brewers.mlblogs.com/2014/01/07/win-an-autograph-from-your-favorite-brewers-player-at-brewers-on-deck/

Most expect 2012 Brewers MiLB Player of the Year Hunter Morris to be added to the 40-man roster today.

Today is the deadline to add players to the 40-man roster in order to protect them from the annual Rule V Draft.

That draft takes place at the Winter Meetings and was originally implemented with the idea of getting players an opportunity that they might otherwise not receive. The basics that one needs to know are that if a player is selected by another club, that player must be rostered at the MLB level for the entirety of the next season and be “active” for at least 90 days. Otherwise the player must be offered back to his original organization.

From there, it gets a little more complicated including upfront cost, roster construction, option years, salary differential, etc. The point though is that eligible players who would be of interest to other clubs need to be protected from the draft. The only way to do that is to add the player to the 40-man roster.

Not every minor leaguer is eligible though. To be eligible for the Rule V Draft a player must have played in professional (affiliated) baseball for at least four full seasons if he was signed at age 19 or older, and five full seasons if signed at 18 or younger.

The Brewers have several eligible players this year who warranted consideration for protection, but at most four open roster spots with which to protect. Last year they protected more than that and possibly adding Corey Hart add a free agent would mean someone previously protected may eventually wind up back off the roster the end. Furthermore, the group of eligible players in full could make up their own 40-man roster still have two on the outside looking in.

Any of those aren’t added today are certainly names to look for on December 15th as teams make selections in the Rule V Draft. Others could be lost as well, especially if they’re able to be taken in the minor league portions of the draft like Eric Farris last year.

I have learned that the Brewers officials have had their discussions and made their arguments as to why each player should be protected. The final decision is, as it should be, now in general manager Doug Melvin’s hands.

We’ll have coverage for you whenever official word comes down. Decisions are due to the league office before the end of the day, or 11pm CST.

***BREAKING: A source informed me that Jason Rogers will be added to the 40-man roster today.***

***BREAKING PART TWO: A source confirmed that Hunter Morris will also be added to the 40-man roster, as widely expected.***

Each year, for quite some time now, prospects from every MLB organization come together to form six teams which compete over the course of about 5.5 weeks in the Arizona Fall League.

This year the AFL runs from October 8 through the league championship game on November 16. The annual All-Star Game, appropriately dubbed the “Fall Stars Game” will be held on November 2.

Brewers prospects will be a part of a new team this year. After a few years as a part of the Peoria Javelinas and competing last year with the Phoenix Desert Dogs, Milwaukee’s contributions to roster composition will play their home games at Surprise Stadium as members of the Surprise Saguaros. 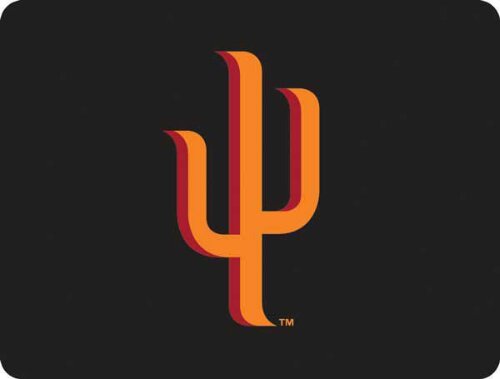 (For the record, a “Saguaro” is a large, tree-sized cactus which can grow to 66 feet in height and whose branches are shaped like candelabra.)

The Brewers will be sending six players (and one Athletic Trainer, Steve Patera) to Surprise this fall. Here are the participants, broken down by position: