I’m giving away a ticket in Section 115 to tomorrow afternoon’s Milwaukee Brewers vs. Baltimore Orioles game at Miller Park.

If you can’t go, please don’t bother entering. It’ll save me time later.

If you can go, please answer the following multi-part trivia question via your preferred social media network. If you tweet, be following me at @BrewerNation. If you respond on Facebook, be sure that you “Like” the page at http://www.facebook.com/BrewerNation.

You have until 8pm CDT on 5/25/2014 to enter. I’ll draw the winner shortly thereafter and announce it via all the social networks.

Thanks for participating and good luck!

Please remember that you need to answer all three parts of the question correctly to be eligible to win.

Thanks, and good luck!

Next week Monday, my sponsor and I will be giving away the three autographed baseballs pictured below. 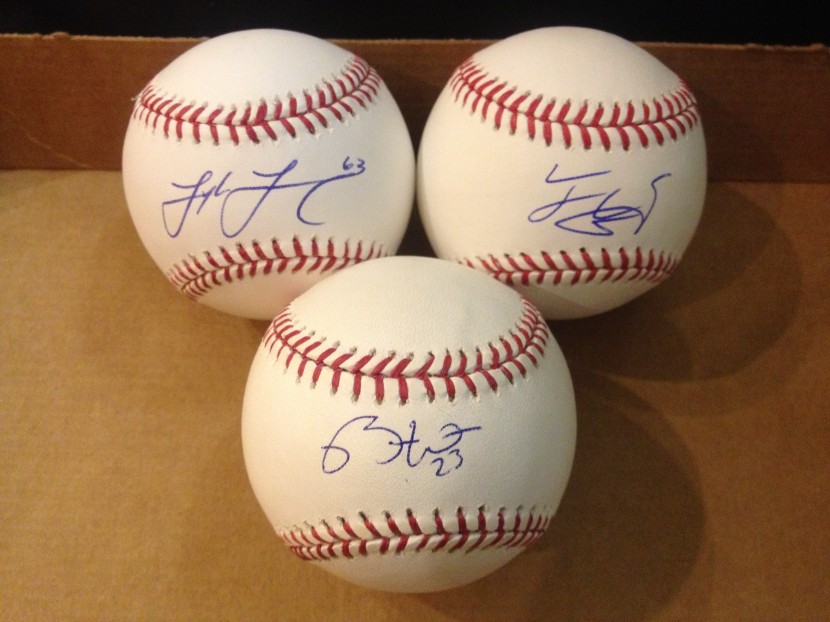 Then, once you’re in…

No better start to a new #Brewers season than a signed baseball from your friends at @lotfautographs & @BrewerNation! http://t.co/92rtT6L14a

That’s it! We’ll select the winners at random on Monday, March 31st…just in time for OPENING DAY!!!

What better way to commemorate the start of a new season than with a new addition to your autograph collection from your trusted source of Brewers memorabilia, Legends of the Field?