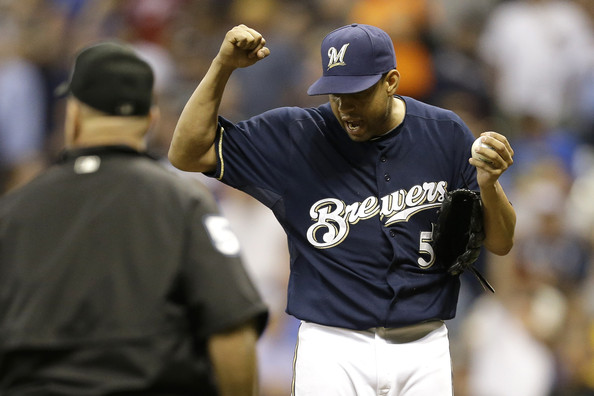 Jon Heyman of CBSSports.com broke the news via Twitter, so you know it’s good.

Francisco Rodriguez has agreed to a two-year deal with the Milwaukee Brewers with a team option for a third year. (Perhaps it’s more accurate to say that Scott Boras agreed to a deal with Mark Attanasio, but that’s an argument for a different time.)

k-rod will also have a team option for 3rd year on #brewers deal. $ not known.

Rodriguez closed games for the Brewers last year, stepping in (after stepping on a cactus) for the injured Jim Henderson. He posted 44 saves and pitched mostly effectively, but he was hammered by the long ball at a frightening clip. He was a streaky performer, with his struggles coming in bunches for the most part (confirmation bias alert!), but still can be an effective pitcher. He needs to maintain his fastball command more consistently though to aid him in avoiding posting another career-worst home runs allowed total. For the record, it was 14 last year in just 68.0 innings pitched. That’s a 1.9 HR/9, math majors.

But for this multi-year marriage to work out, the home run ball needs to exit from Rodriguez’s repertoire.

Posted by his representatives (Creative Artists Agency), here’s Corey Hart working out on November 5th, one week ago.

And if the reports are true that a dozen or so teams are at least checking in on the Brewers’ free agent, you can bet that a video like this has already made the rounds to potential destinations. After all, even if Corey Hart is willing to play for Milwaukee at a discounted rate it won’t stop other teams from offering the same or more.

Hart has a major decision to make in terms of his future as it relates to the Milwaukee Brewers. If that video is any indication, at least his knees appear to be up for the challenge.

I’ve reported that the Brewers have been working on an offer. I think it’s safe to assume that they aren’t alone.

The Hot Stove is wasting little time getting warmed up this year, at least in Milwaukee.

While Brewers general manager Doug Melvin has prepped media and fans alike to not hold great expectations about the available market of free agents, there is at least one name that everyone expects the Brewers to be in on. And that dance appears about ready to begin, if it hasn’t already.

He’s the man who didn’t play an inning of baseball for the Brewers in 2013, leading to a cavalcade of also-rans posting the worst combined OPS at their position this past season. Milwaukee first basemen — all seven(!) of them — posted a .211/.256/.359 slash line.

He’s also the man who, a source tells me, the Brewers are preparing to present an offer to. Not that this should come as a surprise, but if you haven’t figured it out by now, I am of course talking about Corey Hart. 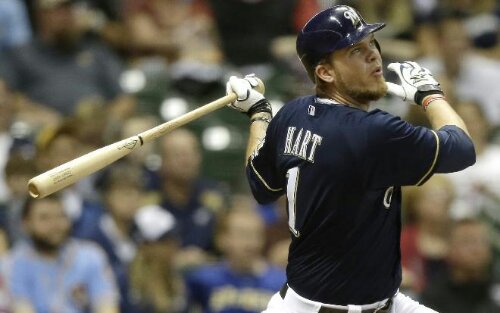 I’m reporting, via a source (which is where information comes from whether you like it or not), that the Milwaukee Brewers either have extended an offer to Corey Hart for the 2014 season or are finalizing an offer to present soon. The uncertainly in the headline is because while my source says the offer has been presented to Hart’s representation, my source has been wrong about the timing of such formality before. What my source hasn’t been wrong about is the subjects of these free agent offer situations over the years.

Also, terms are always negotiable until a contract is signed, so I normally don’t discuss money even though that’s often passed along too. I will say though that the contract would be for one year with a discounted base salary, as expected. There will be a handful of incentives which could push the full value of the offered deal a touch higher than what Hart collected for his vigorous 2013 rehabilitation contract. The breakdown of those incentives was not readily available though it stands to reason that a tiered approach based on games played would make for a fair jumping off point.

Bottom line: Hart wants to stay with Milwaukee and he could fill a major need there. He offered to take a discounted salary and the Brewers are apparently willing to take him up on that offer. And if Hart plays well, he still gets paid. Now it’s up to Hart to decide if the offer was fair enough for him as currently constituted.

But make no mistake, if Hart is healthy (and can perform adequately) this scenario is perfect for Milwaukee. Get a good player at a good price who fills a huge hole. It would offer some payroll flexibility, but not much if he performs as desired. Though to be fair, that’s a problem both Melvin and principal owner Mark Attanasio would love to deal with.

And now the disclaimer of sorts: Hart has not signed with the Brewers or anybody else yet. This article in no way implies that he has nor does it imply that he definitely won’t sign elsewhere. He could sign somewhere other than Milwaukee. This is just a report about a contract offer scenario. 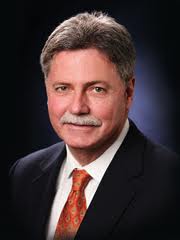 In case you missed it, here’s the audio from Doug Melvin’s season ending press conference which just concluded at Miller Park.

The Winter Meetings start next week and, as I’ve said more than once in this space, there is opportunity for a lot to get done every year during them. 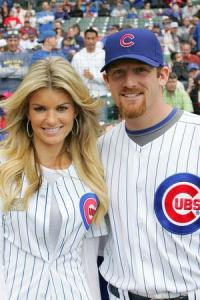 Last year we here at Brewer Nation were the first to bring to you that the Brewers made contact and were potentially “down the road” with then free agent Aramis Ramirez prior to the Winter Meetings. We had the money right though we were slightly off on the years (though we later learned that it may have been a misinterpretation on our end of the information we obtained).

Well, Doug Melvin is at it again in the days leading up to the 2012 Winter Meetings in Nashville, Tennessee. Though “it” in this case is merely dipping his toe in to test the water a bit more so than being anywhere significant.

FoxSports.com’s Ken Rosenthal reported this morning that the Brewers are one of three teams that have “shown interest” in free agent starting pitcher Ryan Dempster.

(By the way, this absolutely qualifies as something that makes sense but that I hadn’t yet heard independently so it’s not something I had passed along yet.)

Naturally, I’ve already seen on Twitter where someone interpreted that as “The Brewers are close to signing Dempster to a three-year deal.” Jumping to conclusions is one of the most repeated acts on the internet.

But just take Rosenthal’s tweet for what it says which (according to his sources) is:

I hope I’ve covered all the ways the you could read into Rosenthal’s tweet.

I’ve reached out to someone to see if he knows anything further about the Brewers “expressed interest” in Ryan Dempster. I’ll update this space when I hear back.

***UPDATE: I heard back. My friend had heard the Brewers being tied to Dempster but thought it was “speculative” talk that sometimes goes on and not something concrete enough to pass along.***

Here is the other thing I mentioned on Twitter the other day. I didn’t even really want to post this one, but several people talked me into it. “What could it hurt?” was the underlying theme of their prodding.

This isn’t really a revelation so much as it would be a confirmation of what many people can assume and infer based on standard operating procedure by sports agents. Agents try to drum up as much interest in their clients as possible. That’s their job. More teams involved on a client usually leads to more money being paid to that client.

It doesn’t mean anything more than what is written. No signing is imminent. Numbers likely were not discussed. But…

The agent for Josh Hamilton did contact the Brewers. 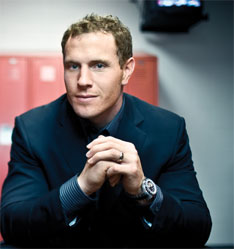 It makes all the sense in the world that he would. Doug Melvin doesn’t like to pursue players who don’t show an interest in playing in Milwaukee; that isn’t a secret. Making contact sends a message, however thin, that “my client would consider playing here” and that means that one of Melvin’s favorite excuses is taken off the table.

The trump card of “we can’t afford him” is obviously still up Melvin’s sleeve regardless, but it’s all about positioning at this stage of the game for a talent like Hamilton in unrestricted free agency. His agent can say, truthfully, that he’s talked to other teams regardless of who he is negotiating with down the road. Pitting GMs who have access to owners with deep pockets against each other is a technique that has won many a battle in the war against the league minimum.

So as much as it pains me to add kindling on top of the Hamilton-to-Milwaukee embers, Hamilton’s side has reached out. To be fair though, expecting anything less would be foolish, really.

Don’t read anything into this that isn’t there. Read the words, don’t read into the words.

In other words, nothing is likely to happen and I’m definitely not saying that anything will. At all. There aren’t many scenarios that exist in which Hamilton would (or could) sign with Milwaukee. It’d take a truly perfect confluence of events to result in the Milwaukee Brewers signing Josh Hamilton in advance of the 2013 season.