There is no denying the fact that fans of professional wrestling exist in tremendously large number. They sell out arenas around the country, fill up 90,000-seat stadiums for Wrestlemania, and spend millions of dollars on merchandise, pay-per-view television events, toys, replica title belts, etc.

Those of you who identify as members of the WWE Universe will understand my headline and the accompanying video below highlighting the response of the Baseball Writers Association of America collective which was revealed today.

Players from all over the baseball landscape were up for consideration this year. Steroid users (admitted and suspected alike), presumed “clean” players, long career stat compilers, misunderstood marvels, one tool, five tool…the list goes on.

So let’s run down the names and tell you who was announced today as having been elected. For responses, I call upon WWE Superstar Daniel Bryan, one half of the tag team named “Team Hell No”. (Thanks to Daniel for his unknowing participation.) 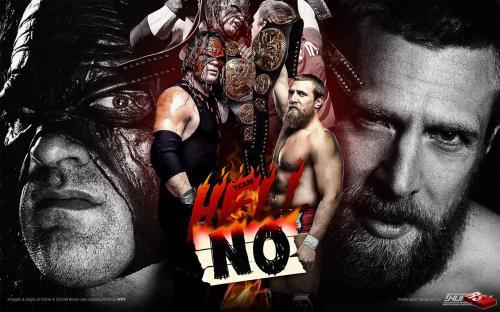 Wait…somebody actually voted for Aaron Sele? Somebody knowingly cast a ballot containing demarcation next to the box indicating that they felt Aaron Sele was deserving of enshrinement in the Baseball Hall of Fame?

Anyway, that’s right. The BBWAA pitched a shutout this year for the first time since 1996, the second time since 1972 and only the eighth time in their history.

And I know you all have your opinions (looky there, a comments section) about who should be in the Hall of Fame and why people to disagree with you are dumb, but the point of this fun little exercise is to point out a major problem that currently exist with the voting process itself.

The largest issue that’s going rear its ugly head over the next couple of years at least is the bloated list of names up for consideration. The Hall of Fame currently only lets a voter choose a maximum of 10 names on a given year’s ballot. Many people felt that there were more than 10 worthy names on the list this year but were limited in who they could name. (This likely caused some players — Kenny Lofton, anybody? — to prematurely fall off the ballot because if you ever appear on fewer than 5% of the ballots submitted, you are not considered for enshrinement again by the BBWAA membership. Otherwise, you can remain on the ballot for up to 15 tries.)

Next year you’re adding in another four top-flight names for consideration. If you already want to vote in 10 or more and now have others to consider, you simply can’t currently vote for all of them. Someone you think is worthy of Hall of Fame enshrinement won’t receive your vote. Enough people do the same and that player falls off the ballot when perhaps in a few years they’d get more consideration with a thinned out ballot.

Again, we can debate worthiness and authenticity and what they do/should mean to the Hall of Fame as a collection of baseball history and memorabilia, but when worthy players don’t have a fair chance to be considered do to a voting limit? That’s dumb.

It needs to be fixed, doesn’t it Daniel?

(*Note, this last video is 10 minutes long and starts repeating the same clip fairly quickly. You get the idea. Don’t watch the whole thing.)

In other, more serious news, there were three former Brewers on the ballot in 2013. They are Jeff Cirillo, Royce Clayton, and Julio Franco. Only Franco received any votes at all, garnering six. None of the three will appear on future ballots.