Here is a listing of the MLB salaries of the 26* men earning MLB-level pay from the Milwaukee Brewers as of Opening Day. 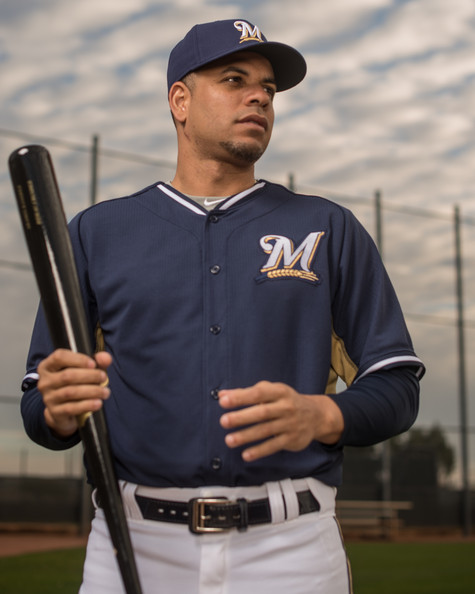 The Milwaukee Brewers have announced that they have come to an agreement with left-fielder Ryan Braun on a contract extension through the year 2020!

For some time now, Braun has stated his desire to play for the Brewers for the entirety of his career. With his agreement to add five years onto a contract that was to run through the end of the 2015 season anyway, Braun showed everyone that he is a man of his word and willing to make that a distinct possibility.
The money for the five-year extension breaks down as follows:
2016: $19MM
2017: $19MM
2018: $19MM
2019: $18MM
2020: $16MM
2021: Mutual option worth up to $20MM ($4MM buyout)
Braun had the following to say upon the announcement of the extension:
“I want to thank the entire Milwaukee Brewers organization, specifically Mark Attanasio and his entire ownership group, Doug Melvin and Gord Ash for making this possible.
I have truly enjoyed the time I have spent in Milwaukee and look forward to spending the next 10 years here. I believe in the direction of this organization and its commitment to winning moving forward. I consider it an honor and privilege to be a part of this organization for the next 10 years.
Thank you to the Milwaukee Brewers for believing in me and making this happen.”
Braun is off to a fantastic start in 2011, having reached base safely in all 18 of the team’s games to this point. The numbers he’s been able to produce since his arrival in the league have been very impressive as well.

This is a true “cornerstone” player, one that the Brewers will be able to have in their organization for the next decade.
In so much as Robin Yount in my favorite player of all time, The Kid should enjoy the multitude of franchise offensive records that he holds for as long as he can…because the clock is officially ticking much more loudly than before.
Congratulations to Ryan Braun, Doug Melvin, Mark Attanasio….and to us!