This was finished late, so no real intro. It was intended for posting on Friday, February 12 when we were 52 days away from Spring Training, a day on which we would have profiled… 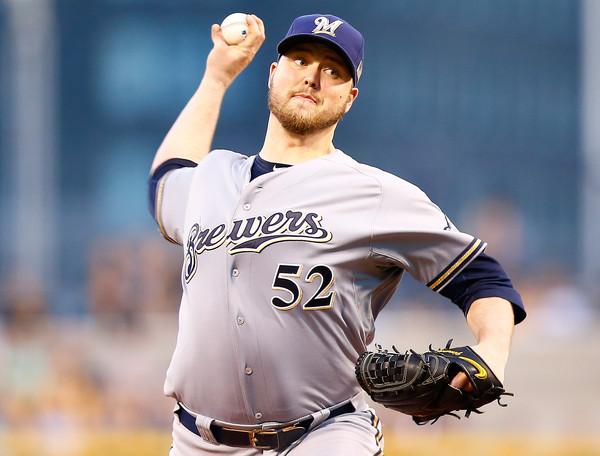 What a difference two years can make. At this point in 2014, James Jacob Nelson was coming off of a September call-up but faced a full big league rotation. He would end up starting the season at Class-AAA Nashville, dominating the top minor league circuit en route to an All-Star Game selection and eventual Minor League Pitcher of the Year Award for the Pacific Coast League. He would eventually be promoted due to the ineffectiveness of Marco Estrada.

A year ago at this time, the 6’6″ right-hander from the University of Alabama was ticketed for the starting rotation but realized that he needed to be more consistent with his pitch sequencing and execution. He also was tinkering with a new pitch to compliment his fastball/slider combination for when he change-up proved ineffective during games.

The mystery pitch turned out to be a knuckle-curve, also called a spike curve. He broke it out during the spring and it was an excellent offering. In fact, he rode its effectiveness to an opponent slash line of .216/.318/.270 over his first four starts in 2015. Despite the weak results, Nelson still found himself with a 1-2 record in four starts and a 4.03 ERA on May 1st.

May was a far worse story for Nelson in many ways as the .430 slugging against was due to 15 extra-base hits including seven home runs, more than double any other month. Despite all that, his ERA was actually better at 3.83 in 40.0 innings pitched across six starts. Still, come June 1, Nelson was sitting with a 2-5 record.

Nelson’s best month of the year, for what it’s worth, was by far July. Not only did he hold opponents to a .294 on-base, but he struck out 32 against 12 walks in 33.0 innings pitched, and allowed just eight extra-base hits. He allowed just six earned runs all month which was good for a 1.64 ERA and 3-1 record. 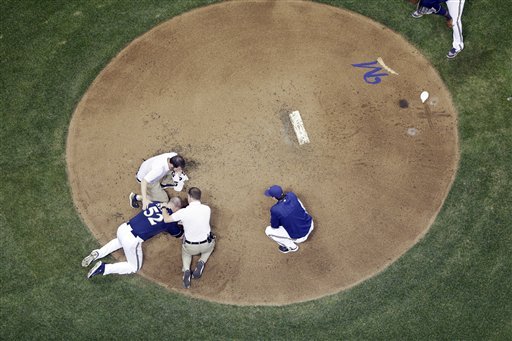 Every statistic almost became moot though on Thursday, September 17. That was the day where Nelson took a line drive off the side of his head. It was a 108 MPH line drive off the bat of Tommy Pham. I was in the ballpark that night. Nelson went down and laid motionless seemingly forever. He would recount after the game that he chose to lay still until the athletic trainer reached him and they told him not to move initially as well. He rolled up onto his knees and walked off the field a lot sooner than any of us thought he would.

After staying in the hospital for observation for a short time, Nelson was released none the worse for wear, however his season would end on that play. There simply wasn’t a reason to risk any physicality for Nelson after that kind of situation.

Nelson broke though to the big league in 2014 and cemented himself in the rotation in 2015, but there is room to improve. Nelson will tell you, as he told me, that he knows he needs to get more consistent results by way of more consistent execution. Four of his final five starts are ones Nelson will tell you aren’t good enough. In the four combined, Nelson threw 15.1 IP and allowed 18 ER. They would balloon his season ERA from 3.60 on August 25th to the 4.11 at which he finished. Nelson also took the loss in all four of those games.

As for his future outlook, Nelson should be fine mentally going forward. He wanted to pitch before the season was over last year and has no doubt been itching to get back on the mound in a game setting. He’ll be counted on to help lead this rotation that despite the rebuilding efforts returns primarily intact. Both Mike Fiers (trade) and Kyle Lohse are gone from the Opening Day rotation, but both pitchers were out of the rotation for the final two months of the year. The biggest change is the addition of Chase Anderson to round things out instead of, for example, Zach Davies who finished the season in the rotation or one of the other young starters.

Regardless, Nelson will be in the front part of the rotation and will be looked at to take another step or more forward as the team positions itself for contention in a couple of years.

Just remember going in that wins and losses really won’t matter much for individual pitchers this year. It’s definitely more about how they’re pitching and how their development continues at the big league level. That’s as true for Nelson as it is for Wily Peralta, Taylor Jungmann, and even Anderson.