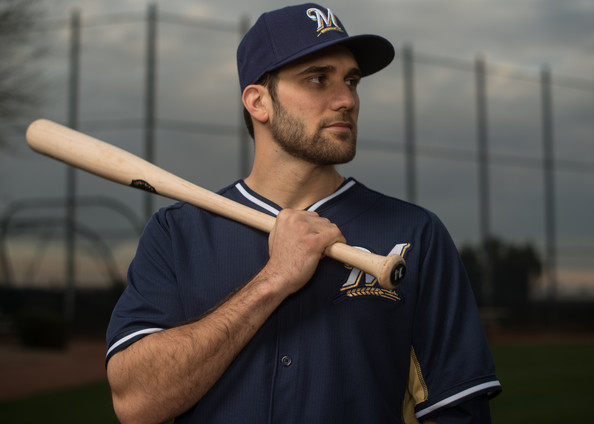 Jimmy Nelson will be officially recalled to make his season debut for the Milwaukee Brewers before Sunday’s series finale in Miami. That much we knew since yesterday.

What needed to happen though was a player being removed from the 25-man roster one way or another to make room.

Here’s what we found out after the game on Saturday…

#Brewers announce that Jeff Bianchi has been outrighted to Triple-A. That clears a 25-man spot for @Jimmy_J_Nelson and a 40-man spot.

Jeff Bianchi has been outrighted off of a 40-man roster before in his career and why that matters is that he has the right to refuse the assignment thereby becoming a free agent. The Brewers have expressed a desire to keep Bianchi in the organization, but he has said that he’ll talk things over with his agent before making a decision.

Bianchi was originally acquired by the Brewers on January 11, 2012 via waiver claim from the Chicago Cubs. The Cubs had claimed Bianchi on December 9, 2011 from the Kansas City Royals, his original organization.

For the foreseeable future, it looks like the Brewers will retain switch-hitting utility man Elian Herrera as their primary backup at the key shortstop position. Herrera can play all three outfield spots, third base, and second base as well.