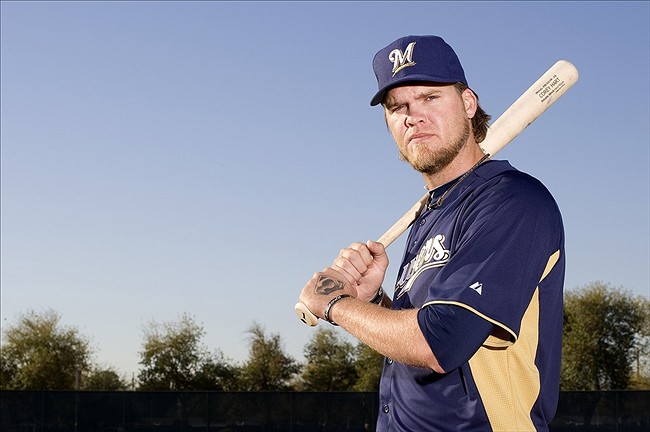 As I was sitting here writing up my Day 1 recap of the Winter Meetings, my phone buzzed.

What it said when I checked it was that the Brewers are progressing down one road thereby forcing the issue on another front burner topic.

The Brewers are one of two teams “left standing” (as it was worded to me) in talks with the Mets to potentially acquire 1B Ike Davis in trade. Despite pressure on my part for additional information (Who is the other team? What’s on the table for Davis?), those details weren’t offered in return.

This means the following things to me in regards to Corey Hart and the position of first base for the Brewers in 2014:

To my source, it feels like it’s nearing “(crap) or get off the pot” time for Corey Hart with concern to the Milwaukee Brewers.

In my opinion, the Brewers prefer Hart to return over importing a different player, however they aren’t going to held over the coals either. There are some advantages to Davis though. He’s controllable, six years younger than Hart, cheaper, and could be a bounce back candidate coming off of such a poor season that he was demoted to Triple-A at one point.

You can expect a little push back from Hart’s people as they work to field all of the offers that they want to, but Doug Melvin and the Brewers simply cannot go into 2014 with the same kinds of questions at first base that presented themselves once Hart, Mat Gamel, and Taylor Green all succumbed to season-ending injuries before Opening Day.

Expect Melvin to get things going.

Now, back to the writing up the day’s full recap…