The Brewers announced earlier this afternoon that starting right fielder Norichika Aoki had left the team in Houston headed for Milwaukee to be with his wife as she is due to give birth to the couple’s second child.

Congratulations to the Aoki family!

Aoki has officially been placed on the “Paternity List”, allowing the Brewers to add a player for three days to fill out the roster.

To that end, Josh Prince was recalled by Milwaukee and is expected to be available off the bench for tonight’s game against the Astros. 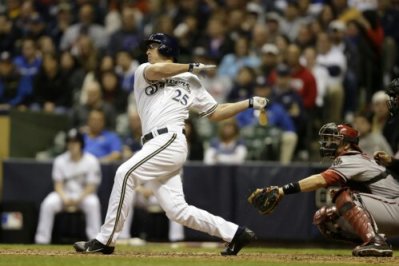 Prince has spent time with the parent club already this season, compiling a .200 AVG in six games off the bench. With Nashville so far this year he is a .243 hitter with 5 HR, 26 RBI, and 8 stolen bases in 46 games.