The Brewers are acutely aware that the next nine games have major implications to not only the remainder the 2012 regular season but also potential impact on the direction of the franchise to a degree.

Decision Day is rapidly approaching as  I laid out several days ago.

To this end, the team is taking this stretch of games very seriously.

First, despite Thursday of this week being the final day of the All-Star break the Brewers organized a full-squad workout instead. They are making the most of the opportunity to no doubt review the fundamental aspects of the game which at times seem to be forgotten in the heat of the moment. From not remembering the count at the plate to not remembering how many outs there are when playing defense, from breaking from second on a ground ball hit in front of you to not hitting the cut-off man on a throw home, from not picking up your coaches while running the bases to missing a sign and being caught unaware. 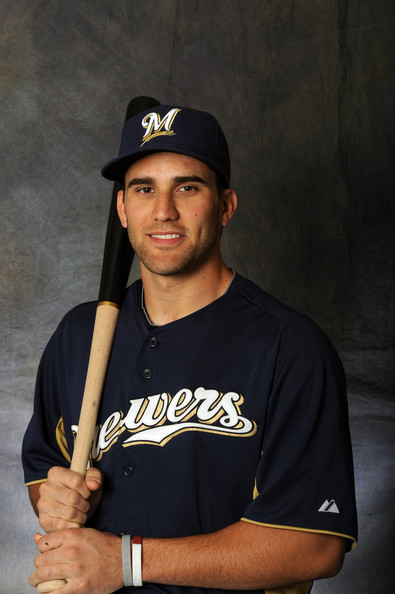 The list could go on but that it could belies the problem. There is a lot to refresh.

Therefore, it is great news  because it shows that the org recognizes how important a strong second half start is. If you go even 5-4 over the next nine games, you may as well sell. Even going 6-3 probably relies on the other teams in front of the Brewers losing more than three in the same span.

Making a push is easier when you have better players (or at least players more capable of contributing) on your roster making that push.

We already knew back on Sunday that Taylor Green had been optioned to Triple-A Nashville in order to get some playing time and restart his bat but we didn’t know who would be coming up other than that manager Ron Roenicke had said it would be a bat. I guessed Eric Farris because I figured they’d want a right-handed hitter for the infield and Farris was already a member of the 40-man roster.

I was right about the right-handedness and the infielder parts, but wrong about who was coming.

Jeff Bianchi, a shortstop hitting .305 for the Sounds at the time of his promotion, had his contract selected instead. It makes sense that they would take a chance on Bianchi (said “be-YAIN-key”) because if he can contribute at the big league level he could solidify the position for next year.

Bianchi is a former top prospect in the Kansas City Royals’ system but his career was waylaid by some significant injuries. It will be interesting to see if he’s got what it takes.

But, Bianchi’s promotion required a opening be made on the 40-man roster. That was accomplished when Tim Dillard was outrighted to Nashville. Dillard, who has been outrighted off of a 40-man roster before, has the right to refuse the assignment and become a free agent. That decision is Dillard’s alone to make and no word has been released to that end yet.

Outrighting Dillard opened a spot on the 40-man but it also opened another spot on the 25-man roster and in the bullpen.

Taking that spot? Well that would be none other than Tyler Thornburg who has been recalled from Nashville following a sore wrist and one start (a Win) at that level.

Whew! Doug Melvin certainly knows how to keep things busy during the two of the slowest days in the sports calendar all year. Last year it was the post-All-Star Game acquisition of Francisco Rodriguez. This year a trio of interconnected moves to help the Brewers make one final mini-push before decisions simply MUST be made.

Will this year work like last year? Only time will tell.

But instead of waiting until September to find out we’ve only got but nine games in 10 days to wonder.